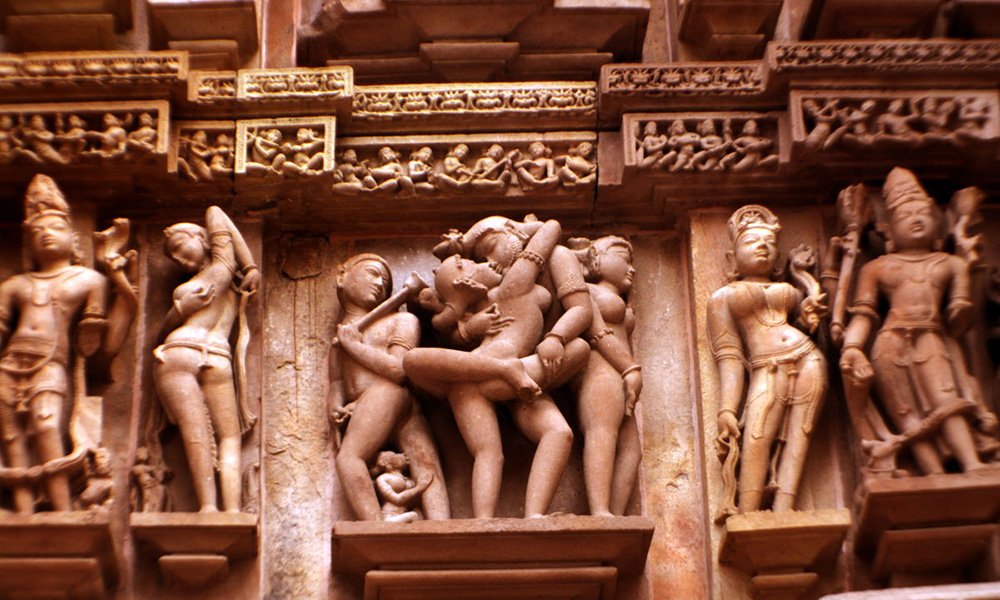 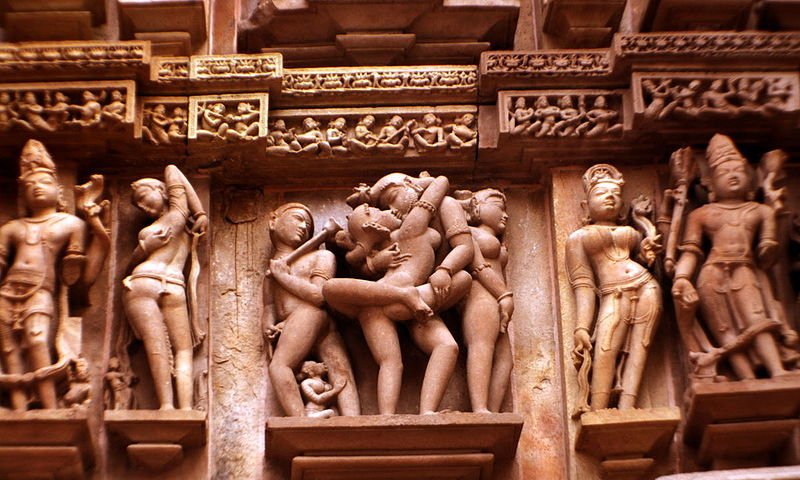 Khajuraho as a group of Hindu and Jain temples is one of the most important specimens of Indian art. Also, it’s a UNESCO World Heritage Site. 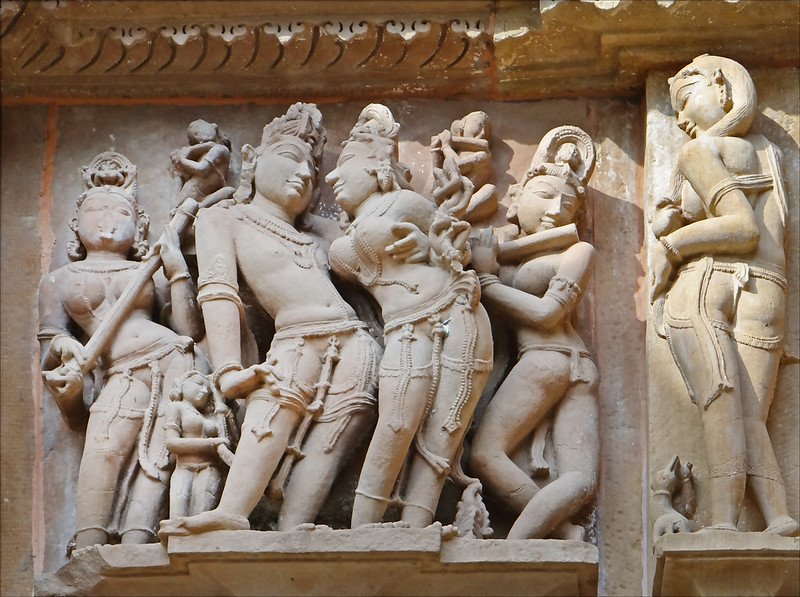 Why was Khajuraho built?

Almost all the kingdoms that rose in India left their footprints in the form of some extraordinary creations, like the famous Jaisalmer Fort by Rajput Rawal Jaisal.

The Chandelas as a powerful dynasty ruled here over 1000 years ago, and Khajuraho is their most vibrant cultural asset that shows their love and dedication for art and architecture.

But what was the reason for portraying love and lust so explicitly, and that too on temple walls, is perhaps the only question that strikes everyone’s mind who visits Khajuraho. 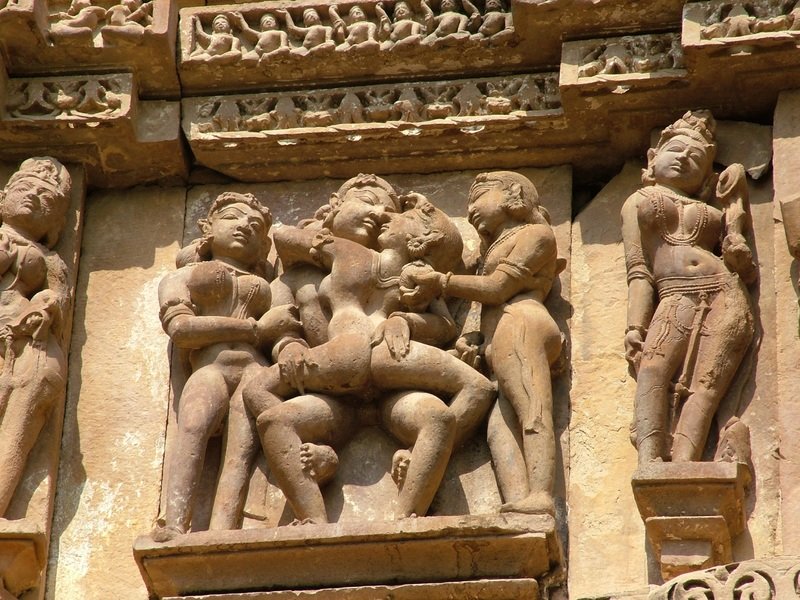 The most popular one is the story of a beautiful woman named Hemvathy.

Legend says, one evening, when she was bathing in a river, the Moon God (Chandra) was swooned by her beauty. Their union gave birth to a baby boy who later became the ruler of the Chandela dynasty and was known as Chandraverman. Hemvathy raised Chandravarman inside a forest, as she feared her son may have to face social harassment for being the son of an unwed mother.

After Hemvathy died, Chandravarman saw her in his dream where she asked him to construct a temple that would show human emotion, passion, and desire for love as a true nature of human lives. All so that, no one would be put on guilt for fulfilling their sexual desire.

In a broader perspective, people define it as a depiction of Hindu Philosophy of Dharma, Artha, Kama, and Moksha; the Philosophy that acknowledges physical desire as an integral part of human-lives.

Khajuraho, perhaps, also tells you that you can attain Moksha only when you’re done with worldly pleasure.

Whatsoever be the reason, Khajuraho is not less than any precious jewel in the list of Indian art and architectural achievements. 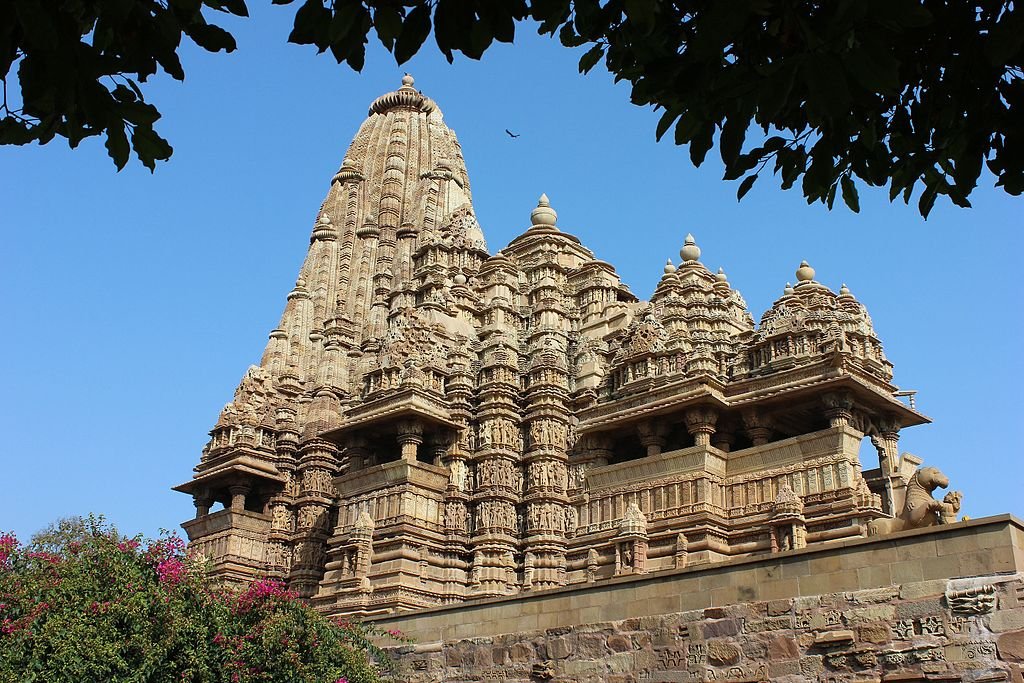 Historical data says that the actual temple site had 85 temples. Of these, only 22 temples have survived and are standing dignified till date. Among these surviving temples, the Kandariya Mahadeva temple is the center of attraction for the people coming to see Khajuraho.  It is the largest and most ornate of all with abundance of sculptures revealing the ancient Indian lives. 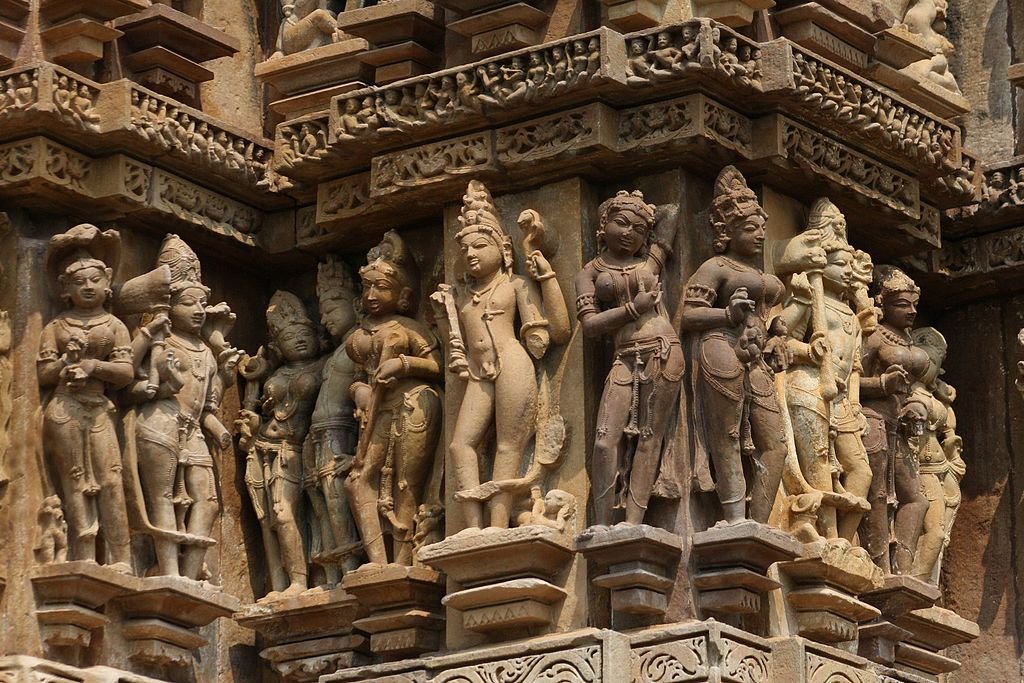 In recent time, Khajuraho falls in Chatarpur district of Madhya Pradesh, India. This huge set of Hindu and Jain temples took about 100 years to come in shape.

It wasn’t possible for one king to complete this colossal set of monuments. Every ruler of Chandela dynasty contributed to build Khajuraho during his reign. However, most temples of this architectural enigma were built during the reign of king Dhangadeva and Yashovarman (descendants of Chandraverman).

It is believed that building temples was the tradition of Chandela rulers. Every king during his reign followed the same. 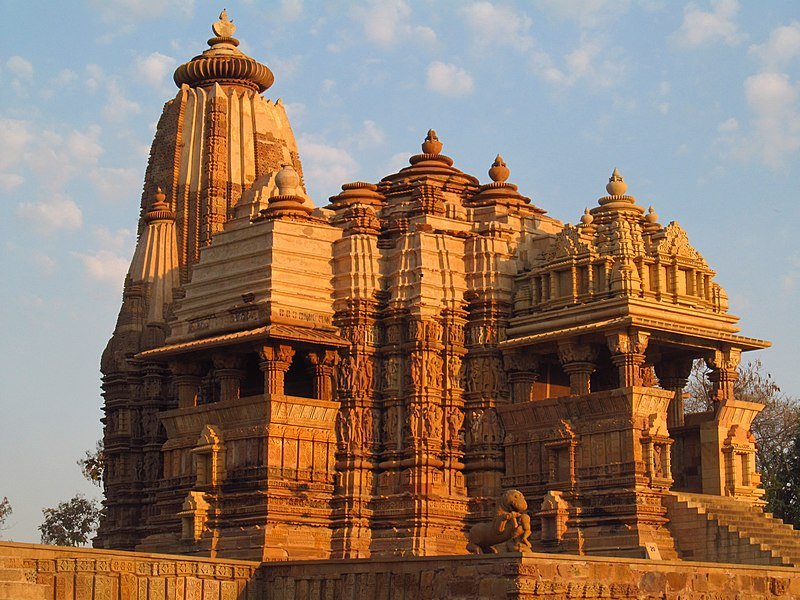 The temples are made of sandstones and granite. All temples of Khajuraho are sun-facing; a very common practice in Hinduism. The temple art shows the co-dependence of male and female power.

The eastern part comprises Jain temples, and the southern group consists of only a few temples.

In many aspects, people see Khajuraho as a symbolism of the union of Shiva and Shakti (also known as Parvati, Shiva’s wife).

Previous Post
Rainbow Village in Taiwan. An awe-inspiring village of colors in Asia!

Next Post
Vassa, the Rain Retreat! A centuries-old ascetic practice from Asia