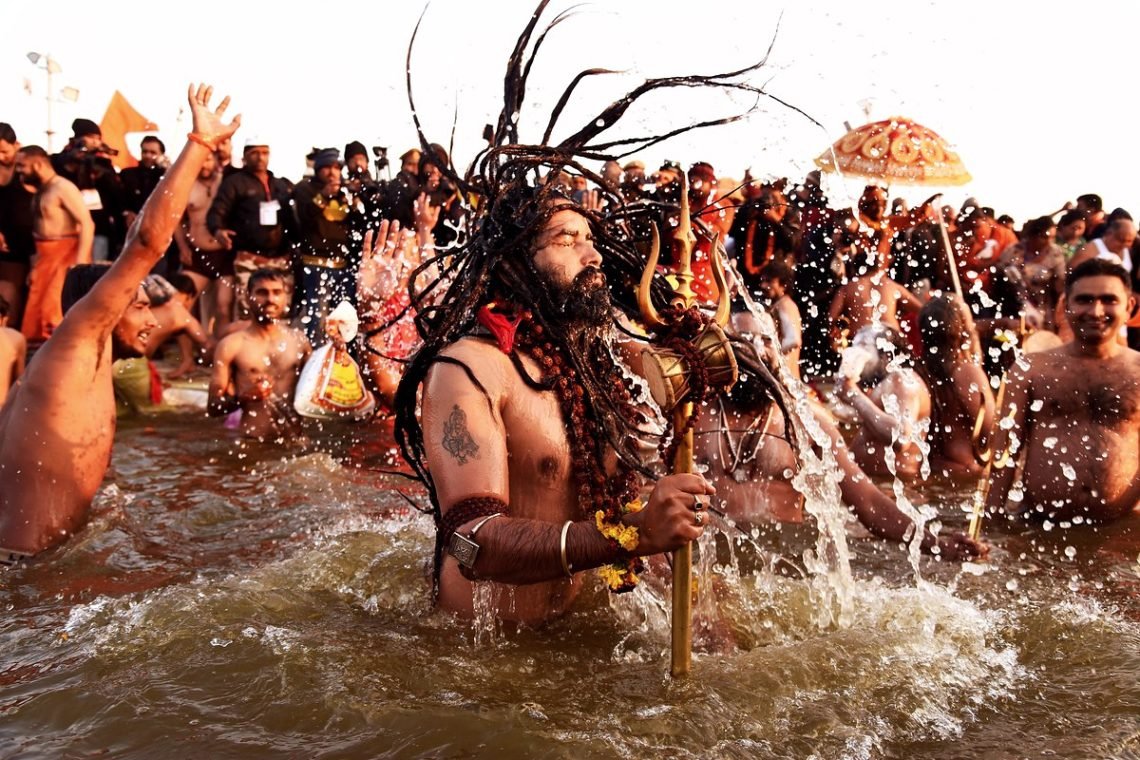 Kumbh Mela is one of the world’s biggest festivals and the largest human gathering in the history of our planet earth.

India witnesses Kumbh Mela as one of the greatest and the largest human gatherings in the history of humanity. On this occasion, millions of people all across gather here to bathe in the sacred river Ganges (the Ganga).

It’s a fifty-five days long Hindu religious festival takes place every twelve years when the sun, moon, and jupiter are in a particular alignment.

The Kumbh Mela festival in India is the largest religious congregation in the world. An estimated over a hundred million people every year join this biggest religious purpose.

Unbelievably, over thirty million people take a holy dip in the river Ganga on a same day. They believe bathing in the holy river Ganga on this auspicious occasion cleanses their sins and allow them salvation (Moksh).

You will be surprised to see these many people at one place at a time. There are not only the common devotees, but you see the millions of Sadhus (the holy men who have sacrificed the material world to achieve divinity). There are more than five millions Sadhus usually stay inside caves years after years, and come out for such rare occasions. Some of them show the extreme acts of religious devotion.

I was mum knowing about him. What was that driving force that had made him do so?

Is it an extreme religious devotion or any godly power that makes such extreme self-sacrifices possible?!

When and where does the Kumbh Mela take place?

Hindus believe where the divine river Ganga meets the river Yamuna with the third mystical river of enlightenment called Saraswati is the most sacred place on the earth.This place is known as Prayagraj in Allahabad.

A Poorna Kumbha Mela (the complete one) is celebrated every twelve years in Allahabad at the exact point where these three holy rivers meet.

Traditionally, there are mainly four places each with a holy river side widely known for celebrating Kumbh Mela. The river Ganga in Haridwar, the Prayagraj (where three holy rivers meet) in Allahabad, the river Godavari in Nashik, and the river Shipra in Ujjain. Each of these places has historical significance and mythological importance.

The Indian astrologists analyse the positions and the movements of the sun, moon and Jupiter and the other celestial bodies. And based on the astrological calculations the date and place for Kumbh mela are decided every time. The dates for Kumbh mela generally fall in the month of January and February.

The history behind this tradition and practice

Hindu mythology depicts the story of Samudra Manthan (churning of the milky ocean).

Along with the many essential substances, a ‘Kumbh’ or pot of Amrit (nectar of immortality) came out while Samudra Manthan. Devas (Gods) and Asuras (Demons) fought over the pot of nectar. To prevent Asuras from consuming the nectar, a divine carrier flew away with the pot. And he spilled over a few drops of nectar on the particular four places where Kumbh Mela is presently celebrated.

As the Devas and Asuras fought over the ‘Kumbh’ or a pot, the festival is named Kumbh Mela.

Although several ancient texts including the Puranas described the Samudra Manthan, none of them mentioned the spilling over of nectar anywhere on the earth or the origin of Kumbh Mela.

Therefore, many researchers believe that the legend of Samudra Manthan has been applied to the Kumbh Mela is relatively recent. 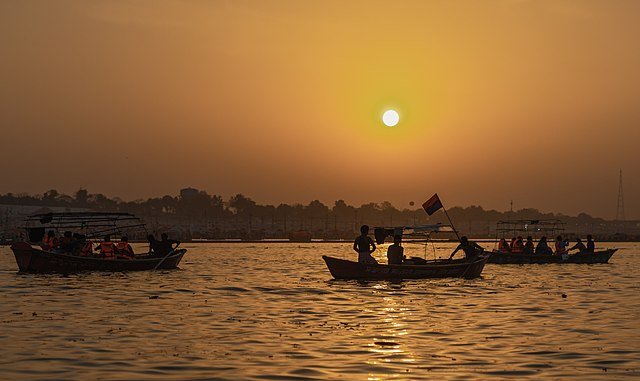 As the spiritual focus is the river, you can see all the arrangements like tents and temples where people live are spread out on the vast river bed (of the Ganga).

A huge construction is built in the preparation of the festival within a month time. More than twenty square kilometers of the area is constructed with temples and tents to provide visitors a happy and a comfortable stay.

These temporary temples are made with bamboos, clothes, and real paper look absolutely as real ones. As long as five hundred kilometer water pipeline, and seven hundred kilometers of electrical cabling, and eighteen to twenty pontoons are built to support the million visitors to cross the river every day. It’s an amazing foot of engineering.

To prevent diseases more than 40 thousand toilets are built.  What is truly mind-blowing is such a huge place is built in just a matter of months. And once the festival is over everything will have disappeared within a month time.

The place is so huge, so immense that it is said the area is visible from the space during the festival. It’s almost a mega city.

Kumbh Mela is not merely a religious gathering anymore. Along with the religious practices, you can see the people all around helping in different ways to keep the place running. There are shop vendors gather here to make a living. And help people to have a good time and enjoy.

This celebration is an opportunity for small scale businesses which encourages buying and selling goods. This is a fair generates economy for the state and the people.

Safety and security is a big concern for the fair. It has a control room with more than twenty to twenty-five thousand police continuously monitoring the crowd through Closed-Circuit Television to avoid any mishap.

There’s always a pressure mounting on the police to control the huge crowd as one small mistake by one person can lead to a big problem.

Dealing with millions of people, it’s a crucial task as wave upon wave spiritually challenged Sadhus keep pouring on the river bank for their Sahi Snan (royal bathing) one by one. Millions congregate to worship the mighty river Ganges.

Source of Information: National Geographic (Click  to see the documentary)

In 2017, the sacred festival of Kumbh Mela was inscribed as the Intangible Cultural Heritage of Humanity by UNESCO.

It recognized Kumbh Mela as the largest peaceful congregation of pilgrims on the earth. This also appreciated the Guru-Shishya Parampara (the teacher-student relationship); the way the Sadhus teach their disciples, the traditional and ritual practices would surely ensure an eternity in the viability of the festival.

Kumbh Mela is not only religious practice, but also confines astronomy, astrology, spirituality, and social and cultural customs that are making it extremely rich in knowledge.

The Kumbh Mela is an amazing Asian festival! Visiting here will leave you spellbound!