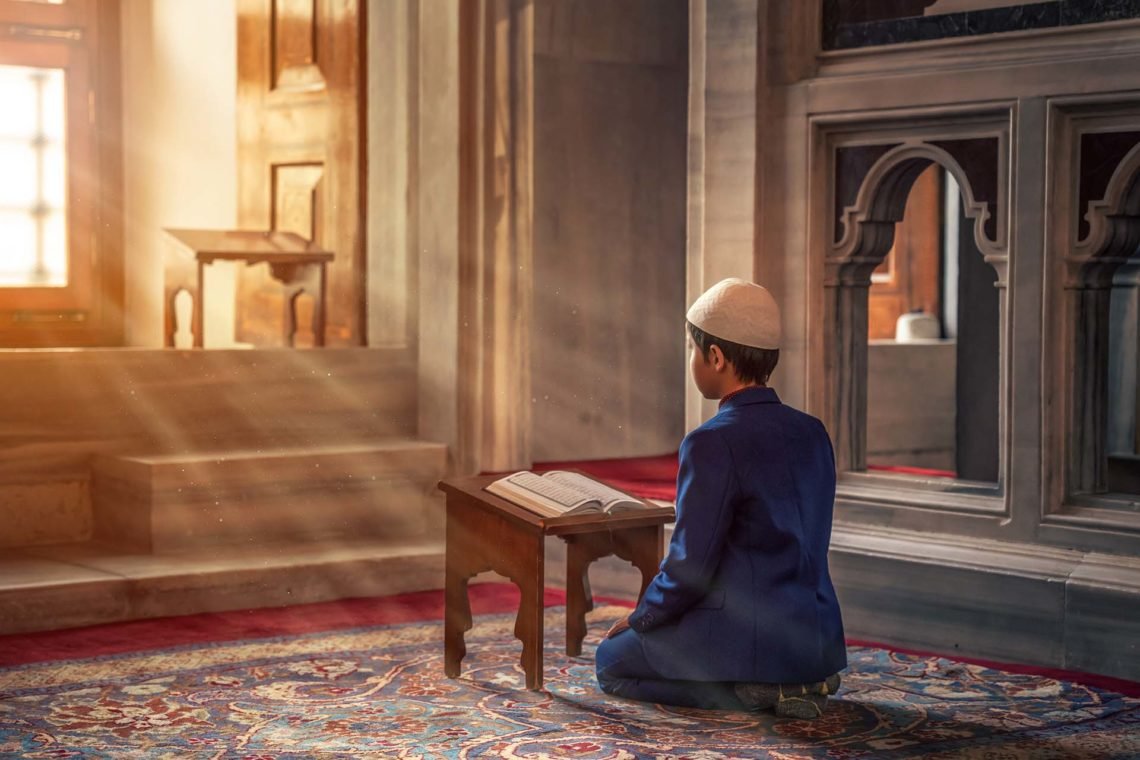 Ramadan, the most sacred month in the Islamic calendar

Ramadan, the most sacred month in the Islamic calendar, observed by Muslims all over Asia as a month of fasting to show honor to the first revelation of the Quran, the holy Islamic book.

Muslims, one of the largest religious groups in Asia, believe that the Quran, the holy Islamic book, was first sent down on the planet earth to Prophet Muhammad in the month of Ramadan, as the guidance for the whole of humanity.

Ramadan is also known as Ramzan, celebrated in the nine month of the Islamic calendar after the slight crescent moon is seen through naked eyes at the beginning of the month.

Fasting is one of the five pillars of Islam. In the month of Ramadan, Muslim people fast, abstain from pleasure, and do a lot of good work like giving food, money or anything they can to the poor and needy. It is a time for spiritual reflection and introspection, communal prayer in Mosques, reading Quran and implementing its teaching into day to day life.

Ramadan is also a period of forgiveness. It is said, Allah (God) forgives those who observe this holy month with fasting, prayer, and a lot of good work for others with faithful intention.

At the end of the Ramadan month, a three day festival called Eid al-Fitr is celebrated to rejoice the successful completion of Ramadan.

Quran, the holy religious book of Islam was first revealed to Prophet Muhammad in 610 CE, on the ‘night of power’, popularly known as ‘Laylat al-Qadr’. This was one of the five odd nights of last ten days in the Islamic nine month. Today, the month is widely celebrated as holy Ramadan.

Quran, the book of Allah, was sent on the earth as the guidance for mankind. It is a set of instructions about right and wrong. It teaches Muslims how they should practice religion and honor humanity.

Rituals and practices during Ramadan

Muslims follow the five pillars of Islam to honor their religion.

1) Shahada: having faith in the Islam religion,

3) Zakat: giving support to the needy,

4) Sawm: fasting during Ramadan, and

5) Hajj: making the pilgrimage to Mecca at least once in a lifetime.

Fasting is obligatory for the adult Muslims and older children reaching puberty, except those suffering from illness, traveling a long distance, or old. Also, women who are pregnant, lactating or menstruating can refrain from fasting. It is said that those who cannot fast during Ramadan feed one poor person for each day missed.

A Day in Ramadan

Muslims start fasting once the crescent moon is seen at the beginning of the nine-month and continue for about one month till the next crescent moon appears in the next month. During this period, they don’t eat or drink from sunrise to sunset.

People committed to fasting wake up early in the morning before the sun rises and eat a light meal with Morning Prayer, known as Suhoor. And don’t eat and drink anything till the sun sets.

After sunset, with the evening prayer, they break their fast by consuming dates and water and later have a meal called Iftar. Iftar is like a mini feast every day. People starving all day long rejoice to have food together. 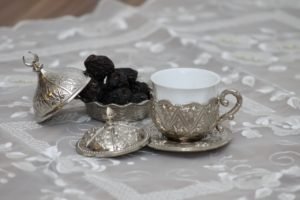 In the late evening, all Muslims gather in Mosques for a special prayer called Tawarih. During this prayer, the entire Quran is recited over the course of one month.

During this period between dawn to dusk, Muslim people not only refrain from eating or drinking but also abstain from smoking, engaging in sexual relations and all forms of immoral behavior including impure and unkind thoughts. Sinful act like lying, cursing, fighting or insulting someone may negate the reward of fasting.

In the month of Ramadan, Muslims do a lot of voluntary charity (Sadqa), and the obligatory charity (Zakat). They try to eliminate hunger and poverty as a part of their good deeds. Every good practice performed during Ramadan is believed to be multiplied and returned to the doer as reward from Allah. 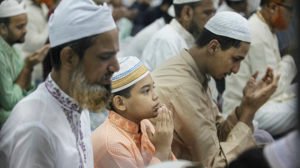 After one month of strong spiritual and behavioral practice, the day of celebration comes as Eid al-Fitr. On the successful completion of Ramadan, Eid al-Fitr is celebrated as the Feast of Fast-Braking.

Muslim People rejoice during this three days festival. They wear new clothes, meet families and friends, exchange gifts, visit the graves of relatives and do a lot of prayer in Mosques. Eid al-Fitr is one of the major holidays in Asian countries.

“When the month of Ramadan starts, the gate of the heaven are opened and the gates of hell are closed and the Devils Are Chained”

In Islamic belief, the devil and his team are chained and locked during the holy month of Ramadan. Therefore, the negative power cannot convince people to do anything bad or evil. And it becomes easy for them to do all good deeds and coming closer to Allah (God).

Islamic religion believes in life after death. They believe that there will be a judgment day after life when everybody will be held accountable for everything they did on this earth.

Ramadan provides everyone an opportunity to do lots of good work and come closer to Allah. People can also ask forgiveness for every wrong they did intentionally or unintentionally. It is believed that Allah forgives those who observe the month with fasting, prayer and good work.

Nights of the Ramadan month are very important. People pray a lot during the nights. The last part of the night near to dawn is very important for prayer. That’s because people believe that Allah comes down from the seventh heaven to the first heaven and calls out everyone. If anyone wants any prayer to be accepted, Allah would accept that prayer (dua) during this hour. If anyone asks forgiveness Allah will forgive that person.

“Ask Allah for what you want in the last third of every night. Allah is the nearest that time and respond to duas.”

Ramadan teaches self-control. It teaches human-beings to be thankful and grateful for what they have. People realize the value of food, water, comfort and everything they have.

Staying hungry and thirsty all day long people realize what pain might hungry and poor go through. It teaches to value human life. People learn to empathize with people in need.

Ramadan teaches equality. In mosques at the time of prayer, people stand in one single line in front of Allah and pray. Rich, poor, black, white, belonging to any caste or creed; all are equal before Allah. And this is the beauty of Islam.

Muslims during Ramadan purify their bodies, souls, and personalities and become better human beings. And strengthen their relations with God. They believe one day all have to go back and answer to God for their good and bad. Ramadan provides people an excellent opportunity to perform lots of good tasks. It is an amazingly holy practice in Islamic religion done by Muslims all over.