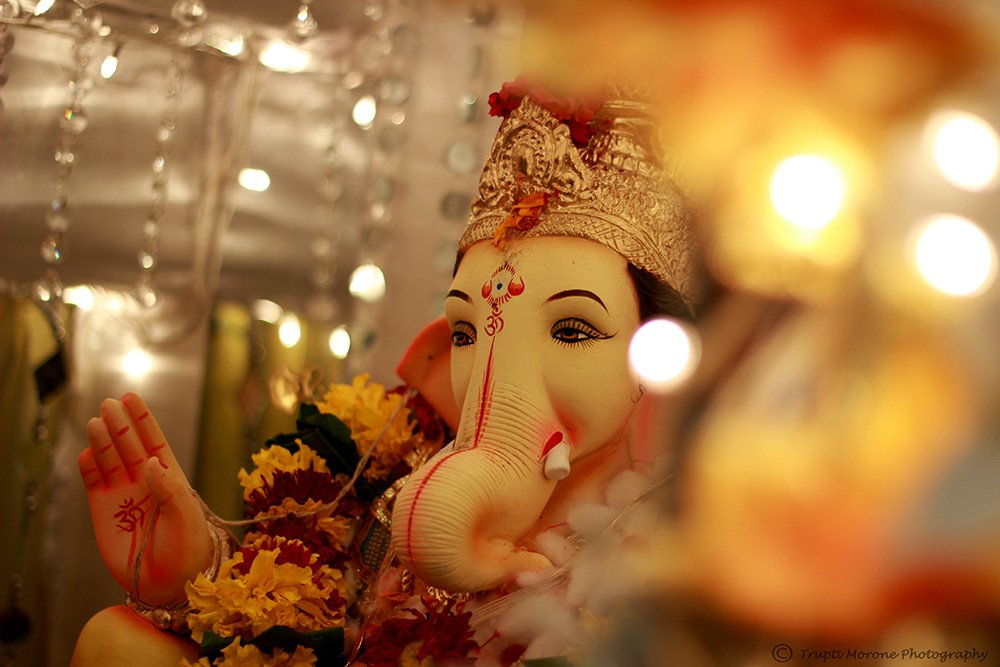 Ganpati Festival! A spectacular 10-day celebration on home-coming of Ganesha

At the bank of the Arabian Sea, the largest city of India, Mumbai, celebrates Ganpati Festival every year with abundant energy and zeal.

Ten days and lakhs of devotees! Every street and every corner of the city is illuminated to welcome the beloved God Ganesha.

Crowded street, high-spirited devotees, and loud drumbeats; it’s the birthday of Ganesha, the son of Lord Shiva and Parvati.

Read here to know the complete story of Goddess Parvati

The elephant-headed god Ganesha is the god of success and wisdom. People have immense faith in him. They believe worshipping Ganesha will remove all obstacles from their lives.

He’s the ‘Vighnaharta Ganesha’; the Ganpati Bappa who rules every Mumbaikar’s heart.

Before knowing how is the Ganpati festival celebrated today, let’s uncover how it started. 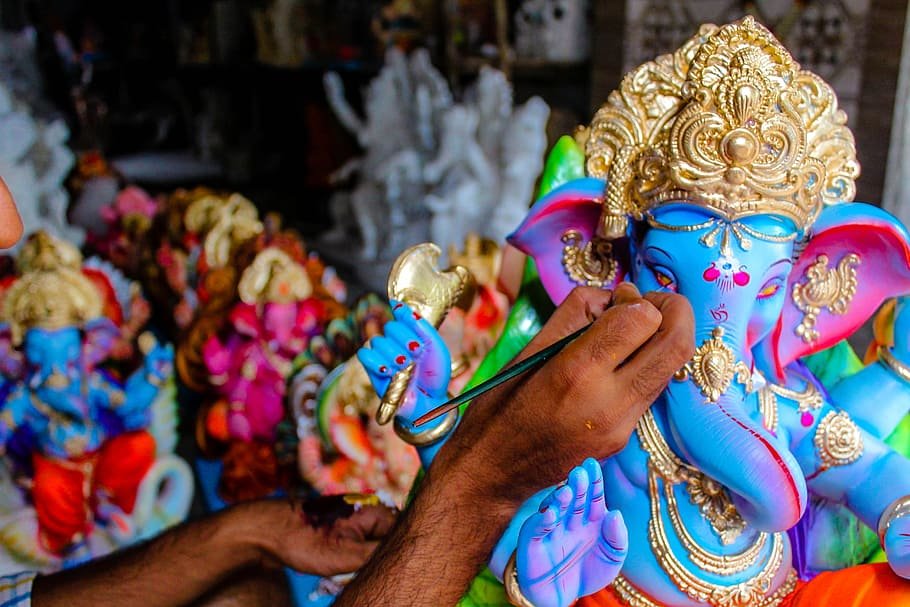 The History of Ganpati Festival

India witnessed the first-ever Sarvajanik Ganesh Utsav (the public celebration) in Pune, during the ruling period of Chatrapati Shivaji Maharaj (between 1674 to 1680), the founder of the Maratha Empire.

However, in recent history, the foundation of the Ganpati festival in India is more of social than religious.

The period of the 19th century was a period of British rule in India. Indian society during those days was rigidly divided into different castes and creeds, but Ganpati was the God of everyone. Irrespective of Brahmin or non-Brahmin, Ganpati was worshipped in every house.

The eminent freedom fighter Bal Gangadhar Tilak understood the cultural importance of this festivity and wanted to unite Maratha against British rule by bringing everyone at one place.

Tilak organized a mega public event of Ganesh Chaturthi by installing a Ganpati image in public and celebrated for 10 days.

People from all social class joined the occasion, and the celebration took the shape of the biggest social purpose.

Since then, the Ganpati festival has only gained popularity and never lost its charm.

Today, Mumbai, the capital of Maharashtra, is known worldwide for its spectacular celebrations of the Ganpati festival. On the occasion of Ganesh Chaturthi (Ganesha’s birthday), people across the world reach Mumbai to witness such a mega event and also to seek blessings from Bappa (the Ganesha).

It’s a 10-day-long festival starting on the fourth day of the new moon in the Hindu month of Bhadrapada (late in August or in early September). The day is popularly known as ‘Ganesh Chaturthi’; the birthday of Lord Ganpati.

The festivity begins with bringing beautiful idols of Ganpati to big Pandals and also in people’s homes. The idols reaching to pandals are extremely beautiful, ornate, and huge. With months of hard work and effort, artisans create such extraordinary Ganesh images.

On the home-coming of Ganesha, Modak (the favorite sweet of Ganesha) is prepared and offered to the Lord. With flowers, incense, and hymns, Ganpati is worshipped day and night in Mumbai for 10-long-days. The entire city indulges in a huge festive mood. 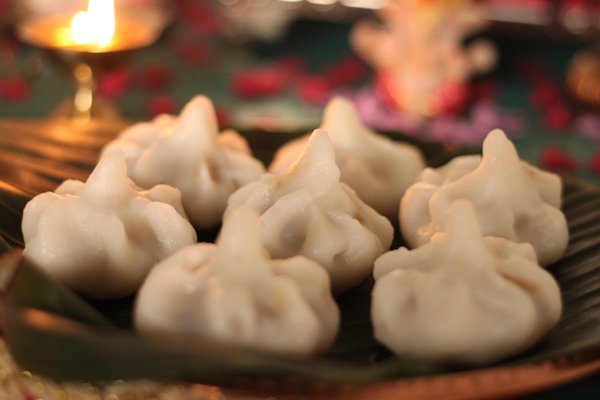 On the 11th day, known as ‘Anant Chaturdashi ‘, the Ganesh idols are taken from pandals to the nearby ocean for immersion.  In Mumbai, more than 200,000 idols are sunk in water every year. The ritual is called ‘Visarjan’.

Visarjan depicts the nature of the Universal law of constant change; form to formlessness. “A continuous circle of creation to destruction is how the earth is surviving.”

However, on the day of Visarjan, the processions begin early in the morning. Followed by an uncountable number of devotees, most of the idols reach seashores by night. People with dying-hearts say goodbye to their beloved God Ganesha and pray for him to come back again next year. And with this, the mega event of Ganpati festival ends in Mumbai.

Lalbaugcha Raja, the most popular Ganpati Pandal in Mumbai

More than 1900 Ganpati pandals are built in Mumbai every year. All of them are beautiful and mind-blowing, but a few are famous worldwide. One such is the iconic Lalbaugcha Raja, the most famous Ganpati idol of the city.

Lalbaugcha Raja is one of the most visited pandals of Mumbai, drawing more than 1.5 million visitors a day. People often end up waiting 24 hours in the queue to get a glimpse of Lalbaugcha Raja and to offer prayers. Devotees believe Lalbaugcha Raja fulfills every wish prayed to him.

On the auspicious day of Anant Chaturdashi, just like every other Ganpati idol of the city makes it to its beaches, the LalBaugcha Raja reaches Girgaum Chowpatty, a famous one for the Visarjan ceremony. 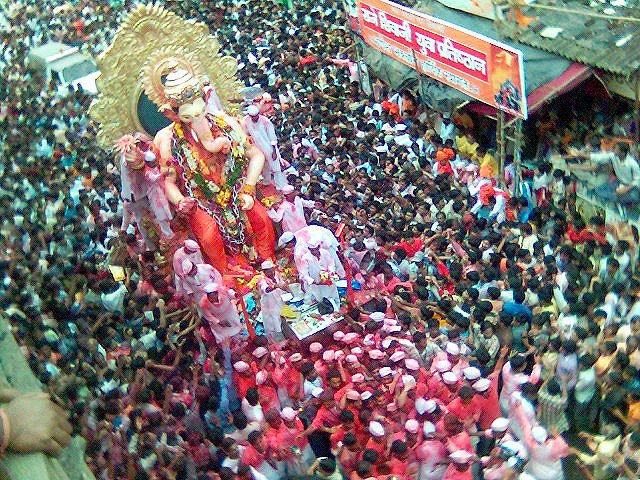 The distance from Lalbaug to Girgaum is only 10 kilometers, but followed by more than 2,500,000 devotees, the procession takes 24 hours to reach the bank of the Arabian Sea. It’s the last Ganesh idol of the city to immerse.

The rocking Mumbai suddenly becomes silent. It’s the time, Lalbaugcha Raja is leaving Mumbai. But this is not the end. He’ll again come back next year, and again the city of Mumbai will indulge in great festivity with strong devotion.

Next Post
Jaisalmer Fort, a historic architecture reveals stories of pride and glory