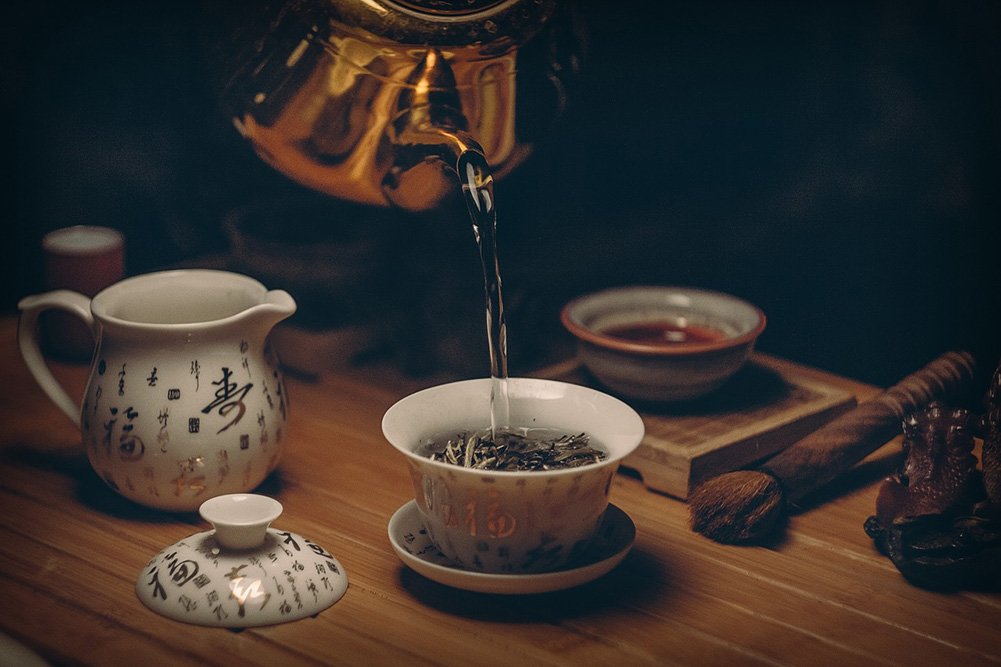 An ideal blend in the morning makes everything better for the rest of the day. With a substantial amount of caffeine, tea is able to lift your mood and refresh you every time you have a sip. However, it has multiple health benefits too.

Tea is the second highest consumed drink in the world after water.

In Asian countries, tea is not only a hugely popular beverage but also a part of culture and custom.

Many of the Asian countries celebrate tea ceremony. If you visit an Asian family, they might first offer you a cup of tea as part of their custom of welcoming guests.

Consuming Tea in Asia is a centuries-old practice.

The history of tea in Asia

Tea’s social history is deeply embedded in Chinese culture. China is the first country in the world to plant and consume tea.

According to a popular myth, Shennong, the first emperor of ancient China and the inventor of Chinese agriculture and medicine, discovered and tasted tea around 5000 years ago.

Shennong would roam around in the forests in search of edible grains and herbs and try them himself to see the impact of such herbs on human body. On one such day, Shennong was drinking a bowl of plain boiled water sitting under a tree. A few leaves from a nearby tree drifted into his bowl. The water changed its color and taste. Shennong took a sip of the brew and was gloriously surprised by its taste and flavor. And that’s how Tea was discovered in China, or so an ancient legend goes at least.

Although no historical records mention this incident to be true, a Chinese writer Lu Yu linked tea to Shennong in his book ‘The Classic of Tea’, the world’s first-ever treatise on tea and its practices developed between 720 and 726 CE.

However, archaeological evidence suggests that tea was first cultivated in South-west China, in the region of Yunnan and Sichuan in 202-220.

The custom of drinking tea spread from China to other Asian countries through cultural exchanges via the ancient tea horse road (a connecting route between China and South Asia) and other trade channels.

Today, the popularity of tea has spread all across Asia. Asian countries like India, Japan, Korea, Vietnam, Turkey, Thailand, and Taiwan are large producers and consumers of tea in the world and have their unique traditions and culture for tea.

Tea in Asia is taken earnestly. The ways tea is prepared, consumed, and the ways Asians interact with tea are diverse.

If you’re traveling to Asia, there are few delicious mugs you must try. 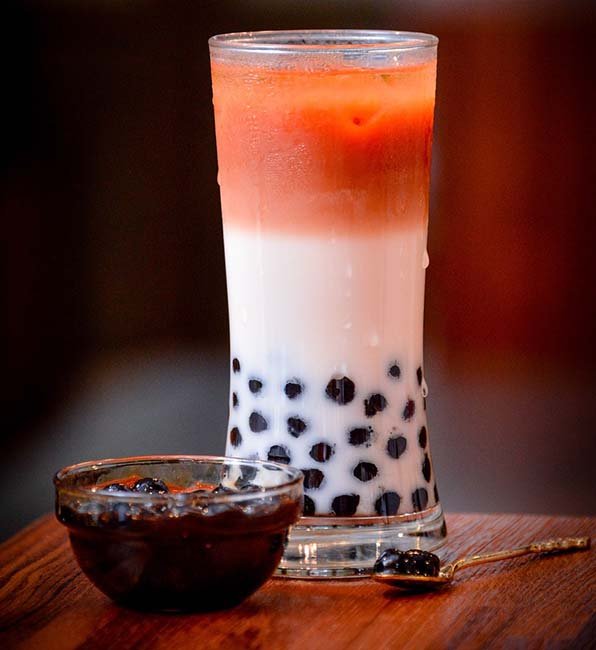 Bubble milk tea is native to Taiwan. On its any given street, you can easily find a tea-stall preparing yummy bubble milk tea.

Bubble tea comes in many flavors: Plain tea such as green, black, jasmine or oolong; fruit flavors such as strawberry or honeydew; and Taro, a root vegetable commonly used in Asian kitchens.

It’s a sweetened tea with milk and a layer of chewy tapioca balls (also popular as boba) on top. Along with popping boba, fruit jelly, grass jelly or pudding is often added to make it more delicious. It’s a must-try in Asia. 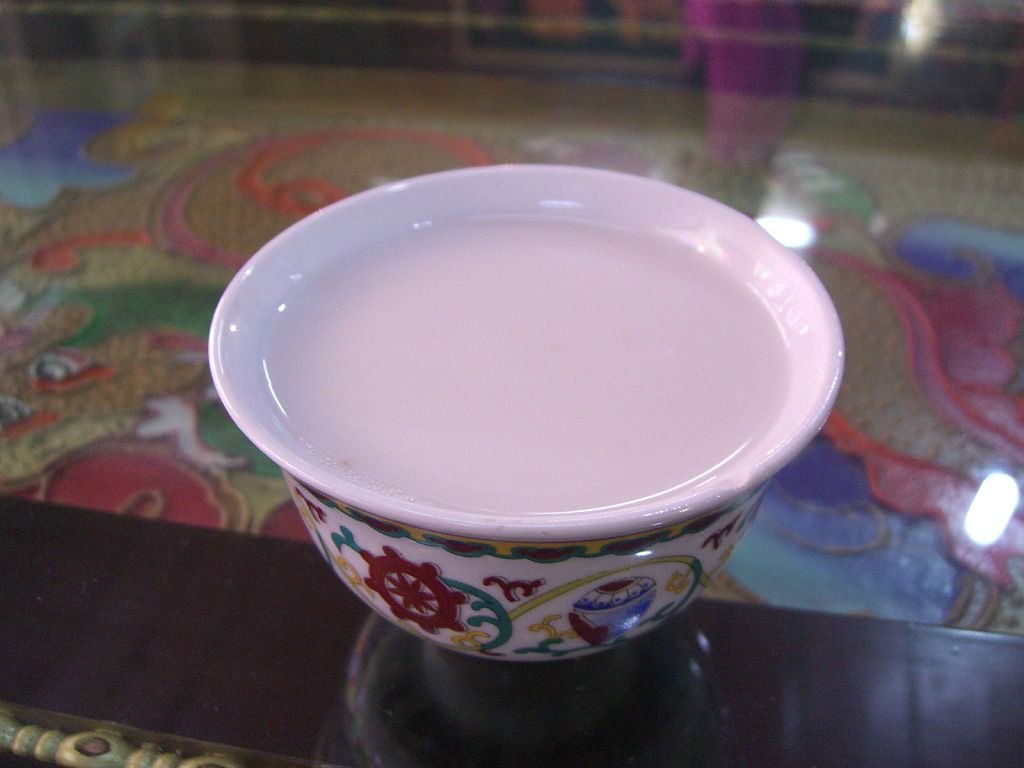 This is an extremely popular beverage in the Himalayan regions of Nepal, Bhutan, Ladakh, Sikkim, Arunachal Pradesh and Tibet, due to its warmth giving properties on a cold day in a high altitude area.

Butter tea is known as Po cha in Tibetan language and Gur gur in Ladakhi.

It’s a strong tea concentrate with yak butter and salt.

The highest quality tea leaves are boiled in water for half a day to get a dark brown color. The tea-syrup is then poured into a cylinder with fresh yak butter and salt and shaken to give you a hot cup of Tibetan butter tea.

Tibet has an interesting custom while serving butter tea to their guests.

After every sip, the host keeps refilling the guest’s tea bowl to the brim. The bowl is constantly topped up with fresh tea. So, if you visit a Tibetan house and don’t wish to take more tea, the best thing to do is leave the tea-cup untouched until you leave the house and drain the remaining while leaving.

This way your etiquette will be observed and the host will not be offended. 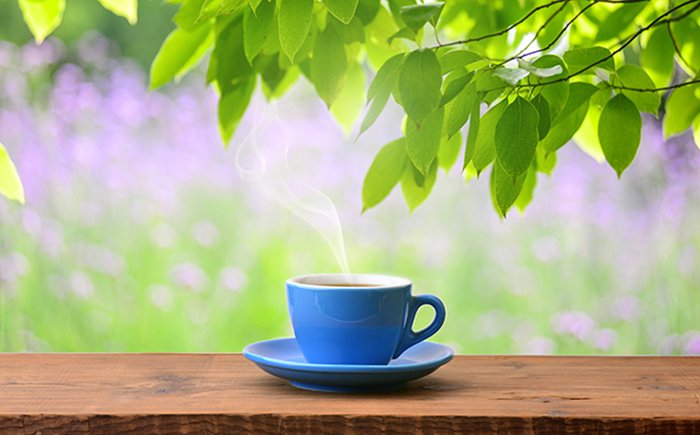 Pantyhose tea is a popular afternoon delight among Hongkongers. The mix of various tea-leaves, evaporated milk, condensed milk and occasionally egg shells deliver a smooth, rich, and creamy texture with a strong flavor.

Pantyhose is actually a net-like strainer used in the preparation of tea to strain tea-leaves thoroughly. The process also intensifies the caffeine and smooths out the tea aroma.

Due to its popularity, this afternoon delight is listed on the list of Intangible Culture Heritage of Hong Kong.

Don’t forget to try Pantyhose tea if you’re in Hong Kong. However, it is also served in overseas restaurants with Hong Kong cuisine.

With its bright amber color, Thai iced tea is the most desirable on a hot summer day.

The orange blossoms steeped in Thai tea give it its iconic rich sunset shade.

The sweetness of tea is nicely mingled with all these opposing flavors to give it an enriching taste that will fascinate your taste buds. 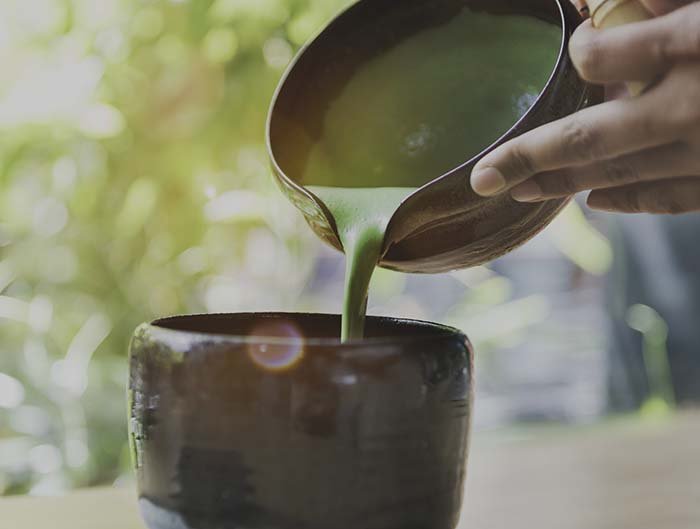 In Japan, tea is not just a daily drink; preparing or serving tea is an art and a spiritual discipline. The love for tea among Japanese led to an artistic ceremony called Chanoyu.

It’s a unique ritual and social practice where ‘matcha’, a green tea powder, is prepared and served among guests.

Matcha is a processed green tea turned into a delicate powder. This powder is then added to hot water and whisked with a traditional bamboo stick. The green dust of tea is not strained; it is consumed together with tea which makes matcha filled with multiple health benefits and distinct in flavor.

If you’re looking for something authentic, try matcha in Japan.

Previous Post
Mandalay, the Royal Town of Myanmar. A Cultural Trip to Mandalay

Next Post
Ganpati Festival! A spectacular 10-day celebration on home-coming of Ganesha