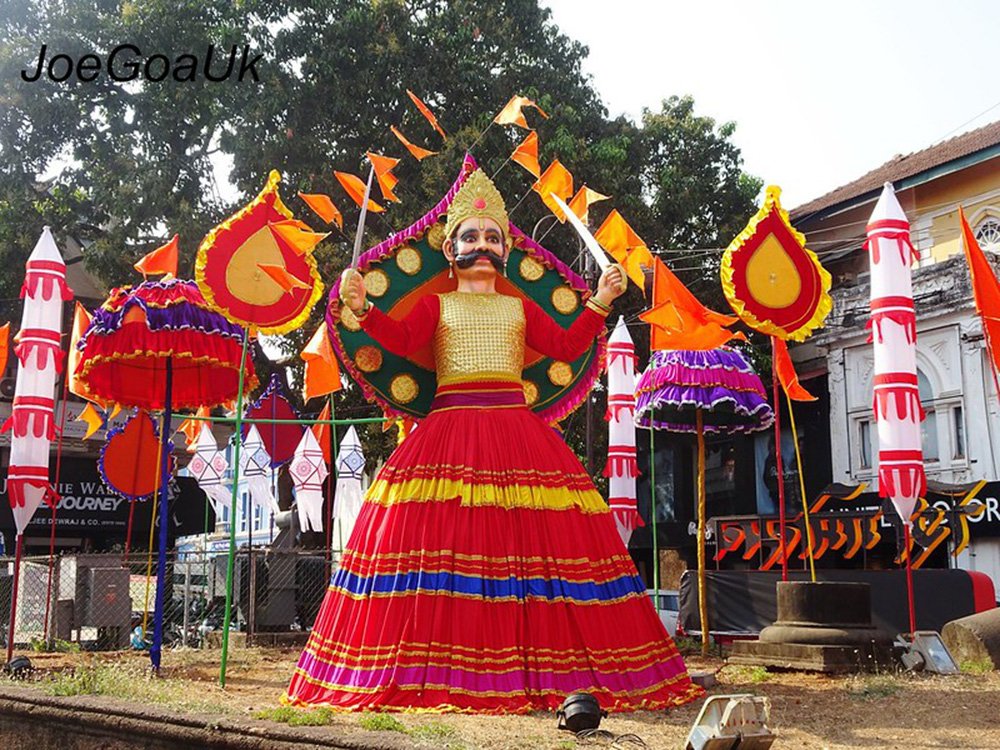 Shigmo Or Shigmotsav in Goa. A Must Watch Fusion of Color and Carnival

Shigmo or Shigmotsav in Goa is a culturally vibrant local festival marking the end of winter and welcoming spring!

Goa remains alive with high spirits to give you a warm welcome all through the year, but during Shigmotsav Goa is set to show its multi-shaded culture, customs, and centuries-old traditions and practices.

Shigmotsav is a 14-days long much popular springtime festival that reveals the true colors of Goa’s native life.

The celebration is rich, loud, and energetic! It is much like Holi celebrated across India.

Shigmo is majorly a Hindu festival observed by the Konkani population of Goa. 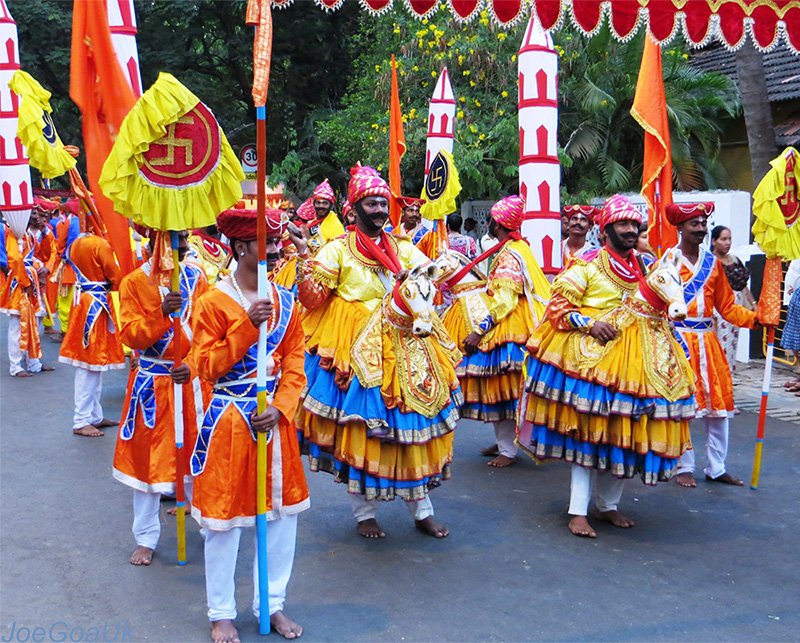 Let’s know how the Shigmotsav is celebrated

Every year in March, the Shigmo celebration begins in Goa with a mass prayer (called Naman) where people worship and welcome village deities to be a part of the festivity. They also pledge to evade intoxicants and non-vegetarian food throughout the festive time.

Many traditional customs and rituals are performed by locals during Shigmotsav and many fanfare activities are included.

Shigmo is predominantly a rural festival that offers you a perfect opportunity to dive into Goa’s real rich cultural hues.

To know why Goa celebrates Shigmo in two different ways, we’ve to travel back to history and unfold a page of it from the 16th Century when the Portuguese conquered the state.

They first took over the places like Tiswadi, Bardez, and Salcete, what’s known as the ‘Old Conquest’ today. This Old Conquest celebrates Dhakto Shigmo.

And later the Portuguese expanded their territory in Pernem, Bicholim, Sattari, Ponda, Quepem, Sanguem, and Canacona. This part is known as the ‘New Conquest’. People in this part celebrate Vhadlo Shigmo. 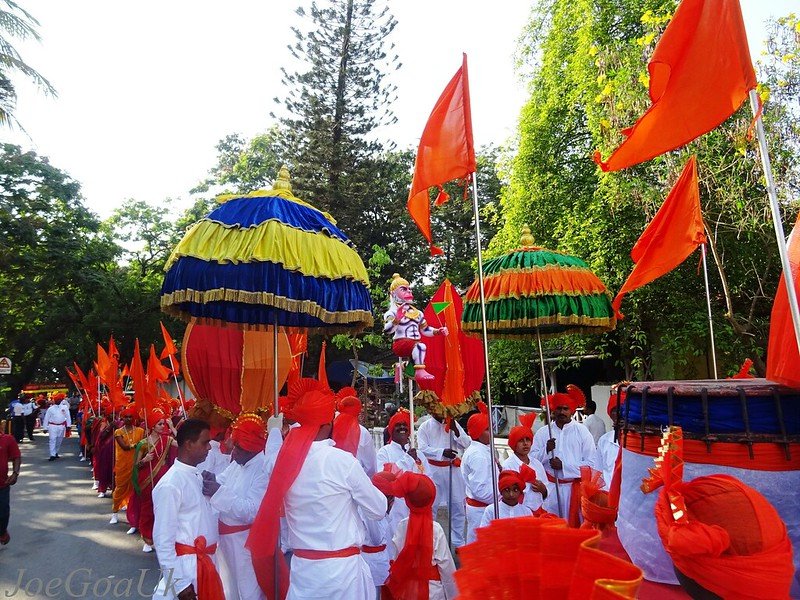 On the very first day of Shigmo, the village deity is bathed and dressed in saffron and offered prayers by devotees.

The streets of Goa are abuzz with the sounds of instruments like Dhol, Tasa, and Tatari during Shigmotsav.

High-spirited devotees clad in rich colorful attires carry ‘Dhawaja’ or flags in their hands and sing Goan folk songs and dance in its rhythms.

With loud drum-beats and devotional songs, the crowd reaches the temple courtyard and performs wonderfully.

Ghodemodni is a popular folk dance for this occasion. It’s a warrior dance where men wearing warrior attire and holding swords in hand put themselves on wooden framed horses, and dance like a warrior.

Jot is the popular folk song for Shigmo, sung by locals. 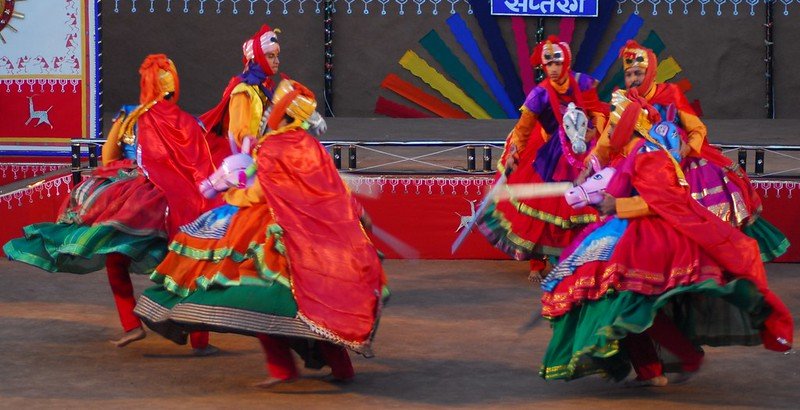 The fifth day of Shigmo is celebrated as ‘Rang Panchami’. People rejoice in colors and smear Gulal onto each other. 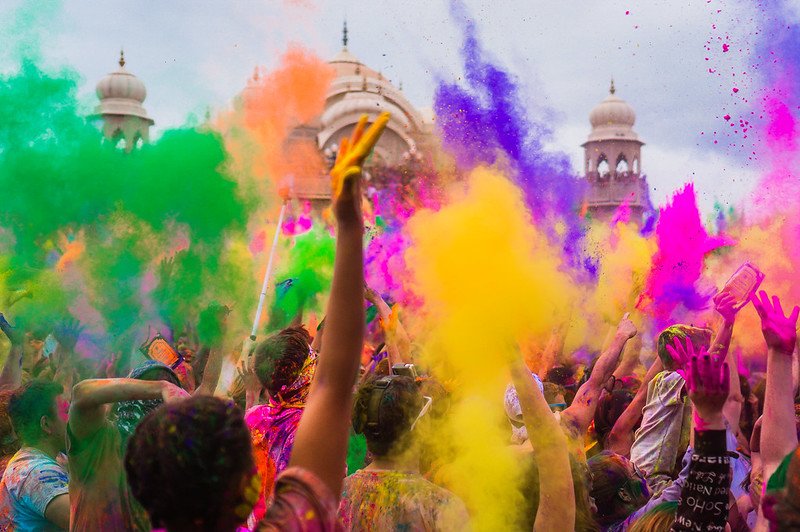 The grand finale is marked by the grand parades that include beautifully crafted float sculptures and colossal statues of mythological figures; with the amazing effects of light and sound the procession creates a grand ambiance.

Mythological sagas from the Indian Epics Ramayana and Mahabharata are portrayed through these huge sculptures that move with the musical tunes. 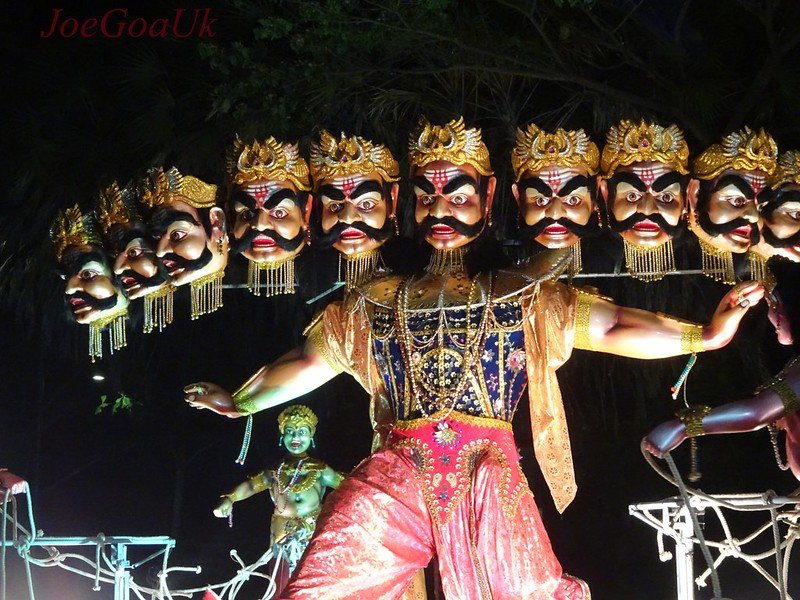 You can also see people dressed as mythological characters taking part in the parades. Tourists and locals gather around the processions in large numbers to witness this mega cultural event.

It’s a must-watch during Shigmotsav!

Locals believe that on the last day of Shigmo, a spirit called ‘Gadepadap’ transcends the dancers’ bodies.

Goa celebrates every season with zest, gusto, and a lot of vibrancy, but the celebration of Shigmo is a fusion of Goa’s true colors, cultures, customs, and rituals that opens up the less known part of the state.

This year Shigmo will be celebrated on March 21.

Next Post
Kathakali. An amazing Asian art leaves you mum with its performance!