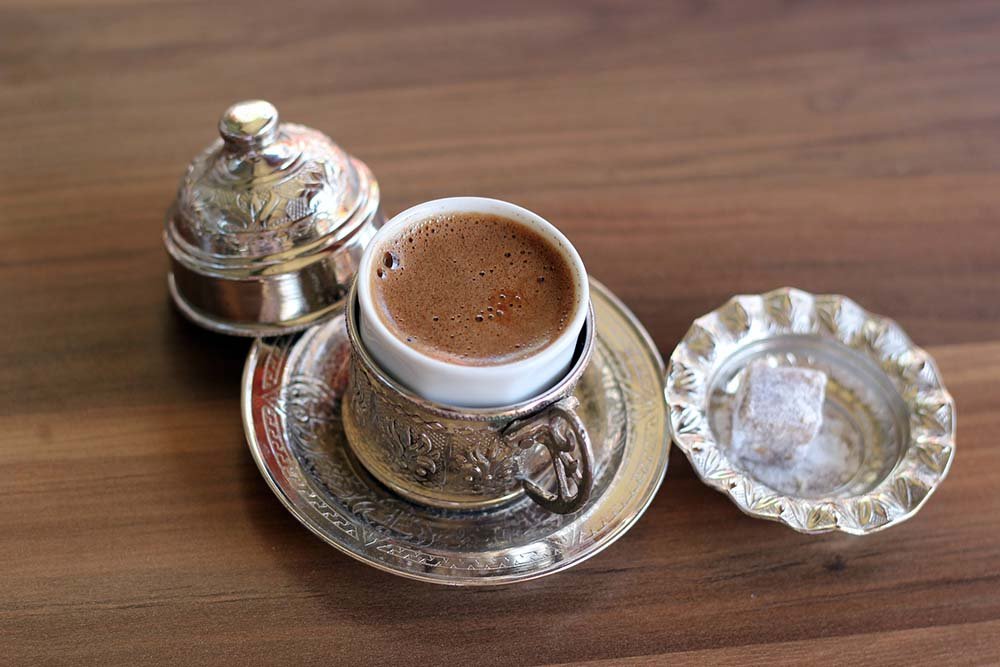 Turkish Coffee! Not just a beverage but part of country’s culture and tradition.

In Turkey, Coffee isn’t only a hot or cold beverage but also a symbol of the Turkish lifestyle. It also holds an important place in Turkish art and literature. Poems, songs, miniature crafts, and paintings- the love for coffee and its emotional and cultural connections with Turkish people are seen everywhere.

Coffee becomes a means of socialization, friendship, and hospitality in Turkey and a tradition that’s passed through from a generation to the next.

What made Turkish coffee so loved and unique that a cup of coffee became a part of the country’s culture and tradition?

Coffee was first brought to Istanbul in the 16th Century by two Syrian traders and soon it became popular among locals, and there grew many coffeehouses that served this aromatic beverage coffee. By the mid-17th, serving coffee became a part of Turkey’s royal-life and ceremonies.

Turkish coffee took part in marriage rituals too. Women received training on how to brew coffee. And a groom chose his bride by her coffee-making skill. They said that when a woman is ready to brew a perfect coffee cup, she’s ready to get married. The practice’s still followed in Turkey. 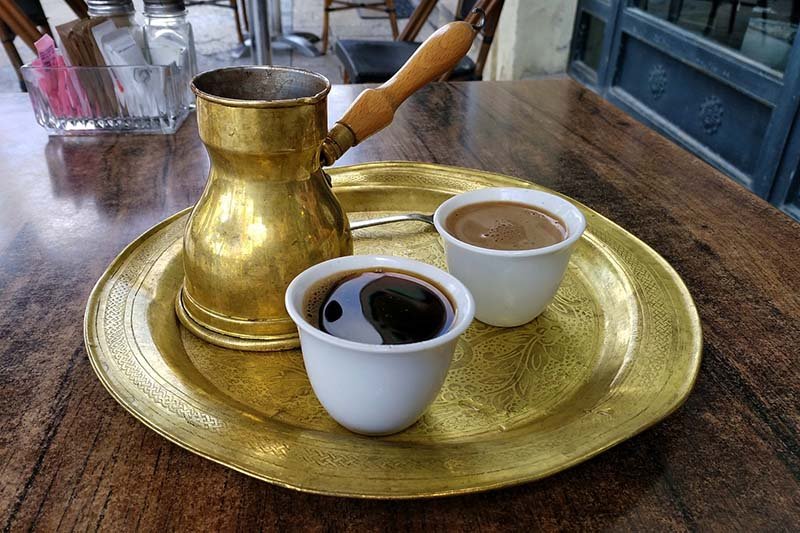 Why is Turkish coffee so popular?

Derived from Arabica beans and made of a fine grind, Turkish coffee is famous around the world, for its strong taste and the way it’s prepared and served. Turkish coffee leaves a long-lasting taste on someone’s palate and keeps fresh for longer. It is softer, more aromatic, and more concentrated than any other variety of coffee. You can easily pick out a cup of Turkish coffee through its aroma and rich foam on its top.

How to prepare Turkish Coffee?

Traditionally, Turkish coffee is prepared in a cezve (a small copper pot with a long handle) and served in fincan (a special coffee cup that keeps the beverage hot for longer).

First, freshly roasted Arabica beans are ground (preferably) in a mortar or in a mill to make it a fine powder. Then, coffee, cold water, and sugar (if desired) are put into the pot. It’s then placed on a flame and is brewed slowly until rich lather forms on the surface. As foam rises high, the pot is taken off the heat right before it’s about to spill. Finally, it is served with a glass of water and some sweets or special Turkish delight.

It is one of the oldest coffee-making methods still in practice. 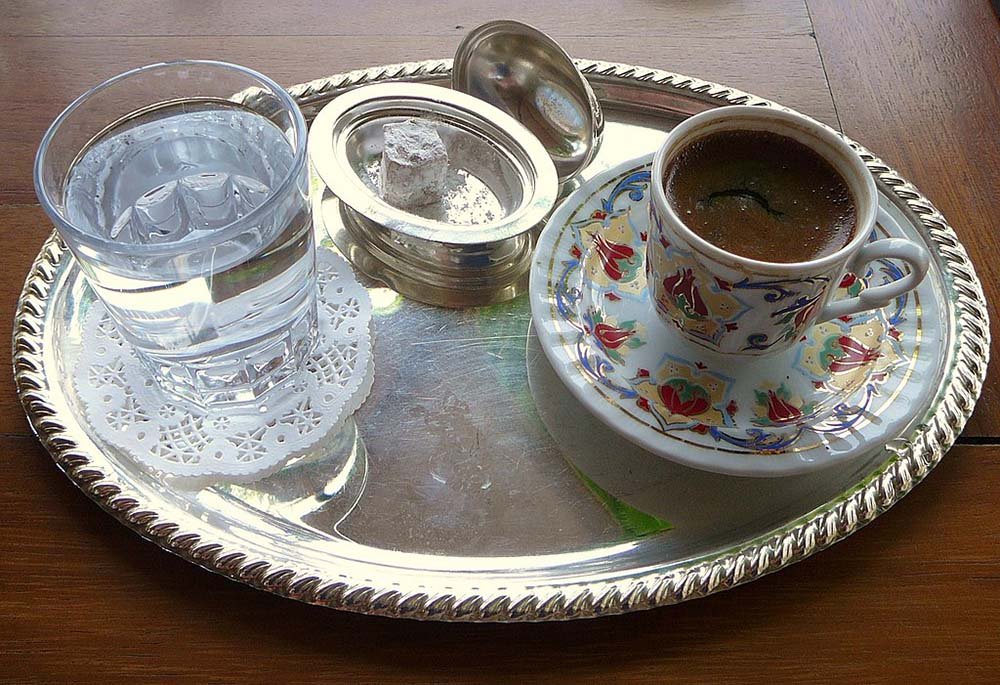 To get the authentic Turkish taste needs skills and careful steps. The way and the degree to which coffee beans are roasted will determine their taste and quality. It’s crucial to roast all coffee beans fairly to make it a smooth paste and lather on top.

Serving coffee with a glass of water, along with Turkish delight, is an old custom that people still follow in Turkey. 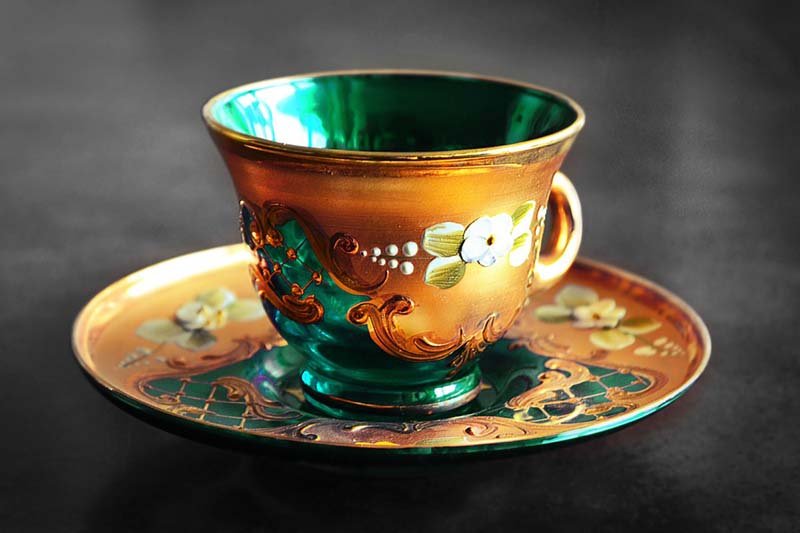 Since the opening up of Turkey’s first coffeehouse in Istanbul in the 16th Century, Coffeehouses were then and still are a key place for socialization. People with different cultural, social, and professional practices like writers, poets, and artists meet at coffeehouses. They talk in groups and exhibit their artworks. Or sometimes they meet to play chess or backgammon in their leisure time.

Besides coffeehouses, families also play a key role in carrying out the coffee tradition in Turkey. The coffee-making skill is learned at home by the younger generation from the old. It’s almost impossible to imagine a Turkish home without one or more sets of coffee cups. When guests come home, coffee is served in fancy cups to make them feel special.

A famous Turkish proverb says, “Souls are after neither coffee nor coffeehouses; they are after close companionship; coffee is an excuse.”

It’s sometimes an invitation for a cup of coffee among friends can be an indication of a need to intimate talk.

In Turkey, your fortune is also told by looking at coffee cups. Following an age-old custom, after you finish your coffee, you can place the saucer on top of the cup and make a wish.

In 2013, Turkish coffee culture and tradition got registered on UNESCO’s Representative List of the Intangible Cultural Heritage of Humanity.

Next Post
Egyptian Market or Spice Bazaar. A must-see in Istanbul!